Help us build this Masjid. Shaykh Muhammad Yunus Jaunpuri was a Shaykh al-Hadith for almost half a century in Saharanpur; India. He himself was a student of Shaykh Muhammad Zakariyya Khandhlawi and later a teacher of Shaykh Yusuf Motala.
His funeral in 2017 was attended by more than 1 million people and his students are currently spread around the world. Shaykh Ebrahim, the chair of Caravan of Mercy UK has initiated the construction of this Masjid in memory of his beloved teacher.

“Whoever builds a Masjid for Allah, then Allah will build for him a house like it in Paradise.” [Bukhari, Muslim]
Masjid Shaykh Yunus is being built for the benefit of one poor community in West Africa. Inshallah, it will be located in Monrovia the capital of Liberia. Help us by investing in this Masjid construction project by donating as much as you can. During his life, Shaykh would personally donate to many projects undertaken by Caravan of Mercy. He contributed by way of cash payment for the distribution of Qur’ans, and also to the Syrian crisis. 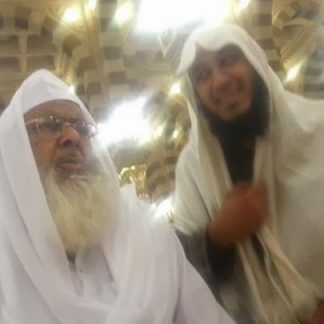